Long-term memory formation – What do you think of this article? 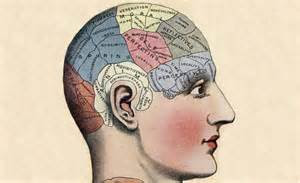 New York University “A team of New York University neuroscientists has determined how a pair of growth factor molecules contributes to long-term memory formation, a finding that appears in the journal Neuron. “These results give us a better understanding of memory’s architecture and, specifically, how molecules act as a network in creating long-term memories,” explains the paper’s senior author, Thomas Carew, a professor in NYU’s Center for Neural Science and dean of NYU’s Faculty of Arts and Science.

“More importantly, this marks another step toward elucidating the intricacies of memory function, which is vital in the development of cognitive therapies to address related afflictions.” The importance of growth factor molecules (GFs) has long been known. They are critical in building brains beginning in utero and until adulthood. Moreover, over time, it’s been established that GFs are “recycled” from brain builders to engineers of long-term memories. Less clear, however, is how the wide range of GF families, as well as different members within each family, act to help us create these memories.

In working to address this question, the NYU research team, which also included graduate student Ashley Kopec, the study’s lead author, and research scientist Gary Philips, focused on two GF families: TrkB and TGFβr-II, which represent two distinct classes of GFs that utilize different types of receptors to exert their actions in the brain. In their study, the researchers examined GFs in Aplysia californica, the California sea slug.

Aplysia is a model organism that is quite powerful for this type of research because its neurons are 10 to 50 times larger than those of higher organisms, such as vertebrates, and it possesses a relatively small network of neurons–characteristics that readily allow for the examination of molecular signaling during memory formation. Specifically, to produce a form of “threat memory” called sensitization in a simple reflex system of Aplysia, the researchers presented the sea slugs with a pair of mild tail shocks delivered 45 minutes apart–the first to instill a “molecular context” in the neurons of the reflex and the second to use that context to drive molecular mechanisms that are required to form a long-term memory — and then examined GF activity at both periods, Time 1 and Time 2.

Their results showed differences in the role of these two GF families across two dimensions: time and space. At Time 1, when the context for the memory is first created, TrkB plays a critical role while TGFβr-II is irrelevant. However, at Time 2, when a long-term memory is actually formed, the roles are reversed: TGFβr-II is active, but TrkB is insignificant. In addition, the results showed spatial differences. In Aplysia, the simple neural circuit that mediates the reflex modified by learning is made up of unique sensory neurons and motor neurons.

The sensory neurons’ cell bodies live in one compartment of the brain while their companion synapses, which pass along signals to other cells, reside in another. In the Neuron study, the researchers found that the TrkB effects are exerted only at synapses while TGFβr-II functions only at the cell body. Overall the study provides new insights into how different GF families play unique roles both in time and in space, thus helping to elucidate the “when,” “where,” and “how” of memory formation.”