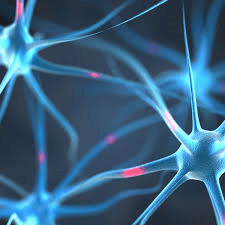 Using scores obtained from cognitive tests, Johns Hopkins researchers think they have developed a model that could help determine whether memory loss in older adults is benign or a stop on the way to Alzheimer’s disease. The risk of developing dementia increases markedly when a person is diagnosed with mild cognitive impairment, a noticeable and measurable decline in intellectual abilities that does not seriously interfere with daily life. But physicians have no reliable way to predict which people with mild cognitive impairment are likely to be in the 5 to 10 percent a year who progress to dementia. In a proof-of-concept study, the Johns Hopkins investigators analyzed records of 528 people age 60 and over, who were referred to the Johns Hopkins Medical Psychology Clinic for cognitive testing as part of a dementia work-up between 1996 and 2004.

The results were compared to those of 135 healthy older adults who participated in a study of normal aging. Both groups completed tests of memory, language, attention, processing speed and drawing abilities from which 13 scores were recorded Nursing CEUs Since each person is naturally more skillful in some areas than in others, the scores of healthy adults showed a symmetrical, bell-shaped range: Most of their scores were high, a few were a bit lower, and a few were even lower. By grouping the patients into cohorts based on the severity of their dementia, the researchers found a trend in the test scores that is likely to mimic the deterioration of an individual’s scores over time. At the outset, he says, Alzheimer’s disease subtly disrupts some mental abilities, while leaving others intact. Thus, well before a person develops clear cognitive impairment, his or her performance declines slightly on a few measures.

When shown on a graph, these changes cause the healthy symmetric, bell-shaped curve to shift and become asymmetrical. Regardless of how low a person’s test scores were, the researchers determined that lopsidedness in their score distribution correlated with dementia. They predicted that people with low scores that were evenly distributed were not likely to develop dementia. But those with clearly lopsided test score distributions on the 13 measures administered were already experiencing varying levels of dementia. “Departures from the normal bell-shaped pattern of variability on cognitive tests might determine which people with low scores develop dementia,” says David J. Schretlen, Ph.D., a professor of psychiatry and behavioral sciences at the Johns Hopkins University School of Medicine and leader of a study published online Nov. 12 in the journal Neuropsychology. Since these declines can be subtle, the researchers also increased the precision of cognitive testing by accounting for the effects of age, sex, race and education on test performance.

The challenge for doctors, Schretlen explains, is that most normal, healthy people will produce a few low scores on cognitive testing. That makes it nearly impossible to know at the outset whether a patient who reports forgetfulness and produces one or two low scores has a benign form of mild cognitive impairment, or is in the earliest stage of dementia. As a result, doctors often tell such patients to return for follow-up testing in a year or two. But if future research confirms it, this new statistical model could help doctors get the prognosis right earlier in the disease, at the first visit, and start treating patients accordingly. Mostly, Schretlen says, doctors could use the new model to reassure patients who are not at risk of dementia, while fast-tracking interventions for those who are.

Because there currently are no effective treatments for Alzheimer’s disease, those likely headed that way could be counseled to take the good time they have to organize their affairs, and do things they have always wanted to do. They also could be fast-tracked into clinical trials of medications to slow the progression of dementia. “If we are going to have any hope of helping patients with Alzheimer’s disease, we need to do it as early as possible,” Schretlen says. “Once the brain deteriorates, there’s no coming back.” Recent failures of drugs in late-stage clinical trials for Alzheimer’s disease have been a real blow, he adds, but new treatments are being developed. The new way of reading existing test scores follows a 2008 study by the same researchers showing that one of every six healthy adults scored poorly on two or more of 10 tests in a brief cognitive battery — even though there was nothing wrong with them. The main reason it is difficult to tell whether older people have benign mild cognitive impairment or not is because they are not routinely screened for cognitive impairment, he says. A visit to a specialist comes only after someone has noticed symptoms, and then cognitive testing is interpreted without the benefit of a baseline assessment. What would solve this problem, he says, would be for everyone over the age of 55 to get routine neurocognitive testing every five years.

### The study was supported by the Therapeutic Cognitive Neuroscience Fund; the Benjamin and Adith Miller Family Endowment on Aging, Alzheimer’s and Autism; the William and Mary Ann Wockenfuss Research Fund Endowment; and the National Institutes of Health’s National Institute of Mental Health (MH60504). Under an agreement with Psychological Assessment Resources, Inc., Schretlen is entitled to a share of royalties on sales of a test and software used in the study. The terms of this arrangement are being managed by The Johns Hopkins University in accordance with its conflict-of-interest policies. Other Johns Hopkins researchers involved in the study include Gila Z. Reckess, Ph.D.; Mark Varvaris, B.A.; and Barry Gordon, M.D., Ph.D. For more information about Schretlen, click here. Johns Hopkins Medicine (JHM), headquartered in Baltimore, Maryland, is a $6.7 billion integrated global health enterprise and one of the leading health care systems in the United States. JHM unites physicians and scientists of the Johns Hopkins University School of Medicine with the organizations, health professionals and facilities of The Johns Hopkins Hospital and Health System. JHM’s vision, “Together, we will deliver the promise of medicine,” is supported by its mission to improve the health of the community and the world by setting the standard of excellence in medical education, research and clinical care. Diverse and inclusive, JHM educates medical students, scientists, health care professionals and the public; conducts biomedical research; and provides patient-centered medicine to prevent, diagnose and treat human illness. JHM operates six academic and community hospitals, four suburban health care and surgery centers, and more than 30 primary health care outpatient sites. The Johns Hopkins Hospital, opened in 1889, was ranked number one in the nation for 21 years in a row by U.S. News & World Report. For more information about Johns Hopkins Medicine, its research, education and clinical programs, and for the latest health, science and research news, visit http://www.hopkinsmedicine.org Aging and Long Term Care CE Course Johns Hopkins Medicine Media Relations and Public Affairs