Teens whose parents exert more psychological control have trouble with closeness, independence – What do you think of this article?: 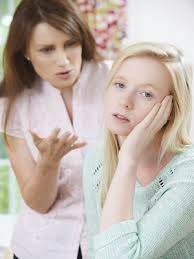 Teens whose parents exerted more psychological control over them when they were 13 had more problems establishing friendships and romantic relationships that balanced closeness and independence, both in adolescence and into early adulthood. The study, by researchers at the University of Virginia, appears in the journal Child Development.

“These tactics might pressure teens to make decisions in line with their parents’ needs and motivations rather than their own,” explains Barbara A. Oudekerk, a statistician with the U.S. Department of Justice, Office of Justice Programs, Bureau of Justice Statistics, who led the study while a research associate at the University of Virginia.

“Without opportunities to practice self-directed, independent decision making, teens might give in to their friends’ and partners’ decisions.” Oudekerk and her colleagues found that parents’ use of psychological control at age 13 placed teens at risk for having problems establishing autonomy and closeness in relationships with friends and romantic partners that persisted eight years later, into early adulthood.

Previous studies have shown that adolescents who fail to develop the capacity to establish autonomy and closeness are at risk for using methods that are hostile or that undermine autonomy in their own relationships, as well as for experiencing depression and loneliness in close relationships in adulthood. The study included 184 ethnically and socioeconomically diverse teens. At ages 13 and 18, the youths reported the degree to which their parents used psychological control.

For example, some parents used psychological control by saying, “If you really cared for me, you wouldn’t do things to worry me,” while others acted less friendly toward their teens when the adolescents didn’t see things in the same way the parents did. The study also assessed teens’ autonomy (their ability to reason, be their own people, and express confidence) and relatedness (their ability to show warmth and connection) in friendships when the adolescents were 13, 18, and 21, and in romantic relationships at ages 18 and 21.

Despite romantic relationships being relatively new in adolescence, the better teens were at establishing autonomy and relatedness with partners at age 18, the better they were at establishing autonomy and relatedness with both friends and partners at age 21. “Parents often fear the harmful consequences of peer pressure in adolescence,” says Oudekerk. “Our study suggests that parents can promote or undermine teens’ ability to assert their own views and needs to close friends and romantic partners.

The study was funded by the Eunice Kennedy Shriver National Institute of Child Health and Human Development and the National Institute of Mental Health. Summarized from Child Development, The Cascading Development of Autonomy and Relatedness From Adolescence to Adulthood by Oudekerk, BA (now at the Department of Justice, formerly at the University of Virginia), Allen, JP, Hessel, ET, and Molloy, LE (University of Virginia). Copyright 2014 The Society for Research in Child Development, Inc. All rights reserved.”