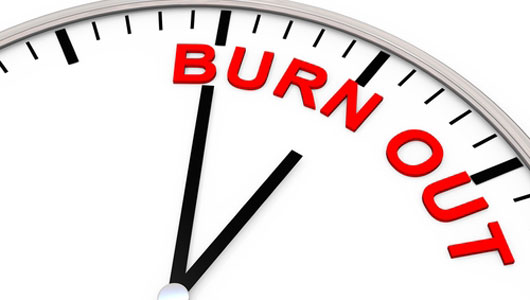 How To Light The Fire When You’re Burned Out

How To Light The Fire When You’re Burned Out: What do you think about the Forbes article on being burned out?

“I was speaking with a portfolio manager at a large investment firm and something seemed amiss. As a psychologist who works with professionals in the finance industry on their performance, I listen not only to what people say, but how they say it. Everything the manager was saying made sense, but something was wrong in how he was saying it. It was as if he had little energy. There was little inflection in his tone, no real enthusiasm. In the emotional sense, it was as if no one was home.

What was interesting was that the manager did not at all seem depressed. He wasn’t speaking about negative things, and he didn’t seem sad at all. It was the absence of positive emotion, not the presence of negative experience, that stood out.

Informally we speak of “burnout”

Informally we speak of “burnout”, but rarely do we think of the absence of positive emotion as a problem distinct from depression. A wealth of research in the field of positive psychology tells us that emotional and physical well-being are important contributors to our health, productivity, and relationships. What happens when we cannot tap into happiness, fulfillment, energy, affection, and purpose?

In the case of the portfolio manager, that absence of the positive created a wealth of negatives. He turned to food to feel good and gained weight. That slowed him down and reduced his exercise and energy level. He stopped reaching out to friends and focused more on his work, hoping that doing well would feel good. Seemingly, however, the more he became work-focused, the worse he performed.

What stood out in my observation

What stood out in my observation, however, was that he was a bright, experienced money manager–and he had stopped generating unique, perceptive investment ideas. It was almost as if his creativity and insight waned with his diminished well-being: the ideas he was trading were consensus themes expressed in conventional ways. When I asked about his research process, he expressed little intellectual curiosity. He described putting in significant work effort, but that effort was driven by routine, not by inspiration.

That’s when I realized that the portfolio manager was suffering, not from anything he had done wrong, but from what he was trying to do right. He had heard one piece of advice after another imploring him to be disciplined, to stick to his process, to follow endless checklists to ensure he did the right thing. Then he succeeded in following that advice–to the point where everything in work became a routine, a to-do item on a list. Because of this he had eliminated a great deal of variability in his routines and thereby had eliminated much of life’s variety and interest. With no surprises, no novelty, he stopped producing novel ideas. The grounding in routine made him utterly routine.

That burned out young man

That burned out young man lit a new fire when he radically changed his daily set of activities. Think of it this way: the person with bipolar disorder (manic-depression) suffers from excessive mood volatility and variability. Bipolar disorder is one of extreme ups and/or downs. Burnout is the opposite; it is the absence of mood volatility. Without excitement, without challenge, and without new experience there is little emotional gain and little loss. Burnout is a flatlining of our vital energies. It’s the result, not just of too much work, but too much work routine: too many tasks and too few missions.

That awareness led us to try a different kind of “therapy”.  We targeted his mood volatility by having him create a new kind of routine that maximized fresh, unique, impactful experiences. He became involved in high intensity workouts at a local gym. Then hjoined a local music group. Also, he reached out to friends and traveled to new places. And he set a challenging goal at work and organized his efforts around its pursuit.

The results were dramatic. He generated more ideas, but also more insightful, unique ideas–and he was willing to take greater risk in pursuing those ideas. That led to greater rewards and further emotional expansion. His expanded energy created expanded intuition: he not only was right in his views, but he gained the sense of knowing when he was right. That same knowing enabled him to identify valuable new friends and colleagues, who in turn provided further stimulation.

Too often, in the quest for productivity we create routine and when we create routine, we narrow emotional experience. Over time, that generates a kind of burnout: a dampening of enthusiasm and engagement. Our money manager considers himself very process driven, but now his processes include the meaningful pursuit of novelty.

Want to light the fire and avoid being burned out at work, then check out this article from Forbes Magazine. Click here.