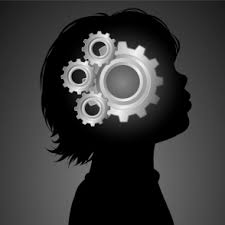 Working memory differs by parents’ education; effects persist into adolescence: What do you think about the following article?

“Working memory—the ability to hold information in your mind, think about it, and use it to guide behavior—develops through childhood and adolescence, and is key for successful performance at school and work. Previous research with young children has documented socioeconomic disparities in performance on tasks of working memory. Now a new longitudinal study has found that differences in working memory that exist at age 10 persist through the end of adolescence.

The study also found that parents’ education—one common measure of socioeconomic status—is related to children’s performance on tasks of working memory, and that neighborhood characteristics—another common measure of socioeconomic status—are not. The study, conducted by researchers at the University of Pennsylvania, the Children’s Hospital of Philadelphia, West Chester University, and the University of Pennsylvania School of Medicine, appears in the journal Child Development.

“Understanding the development of disparities in working memory has implications for education,” according to Daniel A. Hackman, a postdoctoral scholar at the University of Pittsburgh who led the study when he was a graduate student at the University of Pennsylvania. “Persistent disparities are a potential source of differences in academic achievement as students age and as the demands of both school work and the social environment increase. “Our findings highlight the potential value of programs that promote developing working memory early as a way to prevent disparities in achievement,” Hackman continues. “The fact that parents’ education predicts working memory suggests that parenting practices and home environments may be important for this aspect of cognitive development and as a fruitful area for intervention and prevention.”

To look at the rate of change in working memory in relation to different measures of socioeconomic status, the researchers studied more than three hundred 10- through 13-year-olds from urban public and parochial schools over four years. The sample of children was racially, ethnically, and socioeconomically diverse. Each child completed a number of tasks of working memory across the four-year period. The researchers gathered information on how many years of education the parents of each child had completed, as well as on neighborhood characteristics, looking—for example—at the degree to which people in a child’s neighborhood lived below the poverty line, were unemployed, or received public assistance. Neither parents’ education nor living in a disadvantaged neighborhood was found to be associated with the rate of growth in working memory across the four-year period.

Lower parental education was found to be tied to differences in working memory that emerged by age 10 and continued through adolescence. However, neighborhood characteristics were not related to WM performance. The study suggests that disparities seen in adolescence and adulthood start earlier in childhood and that school doesn’t close the gap in working memory for children ages 10 and above. Generally, children whose parents had fewer years of education don’t catch up or fall further behind by the end of adolescence, when wWM performance reaches mature levels. That said, the findings of this study do not suggest that working memory is not malleable.