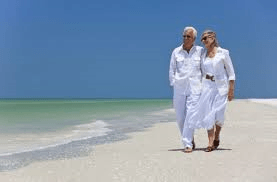 Paradox of aging: The older we get, the better we feel?: Presently, there are about 40 million Americans over the age of 65, with the fastest-growing segment of the population over 80 years old. Traditionally, aging has been viewed as a period of progressive decline in physical, cognitive and psychosocial functioning, and aging is viewed by many as the “number one public health problem” facing Americans today. But this negative view of aging contrasts with results of a comprehensive study of 1,006 older adults in San Diego by researchers from the University of California, San Diego School of Medicine and Stanford University. Results of the Successful Aging Evaluation (SAGE) study – comprising a 25-minute phone interview, followed by a comprehensive mail-in survey – will be published in the December 7 online issue of the American Journal of Psychiatry. “While there is a growing public health interest in understanding and promoting successful aging, until now little published research has combined measures of physical health with cognitive and psychological assessments, in a large and randomly selected sample,” said principal investigator Dilip V. Jeste, MD, Estelle and Edgar Levi Chair in Aging, Distinguished Professor of Psychiatry and Neurosciences, and director of UC San Diego’s Stein Institute for Research on Aging, and the current President of the American Psychiatric Association (which was not involved in this study). The SAGE study included adults between the ages of 50 and 99 years, with a mean age of just over 77 years. In addition to measures which assessed rates of chronic disease and disability, the survey looked at more subjective criteria such as social engagement and participants’ self-assessment of their overall health. “Sometimes the most relevant outcomes are from the perspective of the subjects themselves,” said Jeste. The study concludes that resilience and depression have significant bearing on how individuals self-rate successful aging, with effects that are comparable to that of physical health. “Even though older age was closely associated with worse physical and cognitive functioning, it was also related to better mental functioning,” said co-author Colin Depp, PhD, associate professor of psychiatry at UC San Diego School of Medicine. After adjusting for age, a higher self-rating of successful aging was associated with higher education, better cognitive function, better perceived physical and mental health, less depression, and greater optimism and resilience. Participants were asked to rate the extent to which they thought they had “successfully aged,” using a 10-point scale and using their own concept of the term. The study found that people with low physical functioning but high resilience, had self-ratings of successful aging similar to those of physical healthy people with low resilience. Likewise, the self-ratings of individuals with low physical functioning but no or minimal depression had scores comparable to those of physically healthy people with moderate to severe depression. “It was clear to us that, even in the midst of physical or cognitive decline, individuals in our study reported feeling that their well-being had improved with age,” Jeste said. This counterintuitive increase in well-being with aging persisted even after accounting for variables like income, education and marriage. Jeste suggests there’s a take-away message for clinicians, which is that an optimistic approach to the care of seniors may help reduce societal ageism. “There is considerable discussion In public forums about the financial drain on the society due to rising costs of healthcare for older adults – what some people disparagingly label the ‘silver tsunami.’ But, successfully aging older adults can be a great resource for younger generations,” he said. The findings point to an important role for psychiatry in enhancing successful aging in older adults. “Perfect physical health is neither necessary nor sufficient,” Jeste said. “There is potential for enhancing successful aging by fostering resilience and treating or preventing depression.” Aging and Long Term Care (Abridged) CE Course (3 hours) ### Additional contributors to this study include Gauri N. Savla, PhD, Wesley K. Thompson, PhD, Ipsit V. Vahia, MD, Danielle K. Glorioso, MSW, A’verria Sirkin Martin, PhD, Barton W. Palmer, PhD, David Rock, BA, and Shahrokh Golshan, PhD, UC San Diego; and Helena C. Kraemer, PhD, professor of biostatistics in psychiatry at Stanford University. This work was supported, in part, by NIMH grants T32 MH-019934 and P30 MH-066248, by NIH National Center for Research Support grant UL1 RR-031980, by the John A. Hartford Foundation, and by the Sam and Rose Stein Institute for Research on Aging.