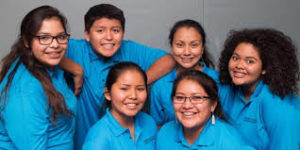 Hubs Help Native American Communities Address Youth Suicide:  Three NIMH-funded collaborative research hubs are exploring the factors behind the high suicide rates among American Indian (AI) and Alaska Native (AN) youth and designing and testing approaches to preventing suicide. In each hub, research centers and tribal or urban AI/AN leaders and organizations are working together to provide information on which to base effective, community-based, and culturally sensitive preventive approaches that are suitable for use in low-resource settings.

AI/AN youth have suicide rates that are among the highest of any demographic group in the U.S.; based on data from the Centers for Disease Control and Prevention, the rates of suicide in the AI/AN population have been increasing since 2003. Suicide rates vary among communities, however, and the reasons for the variation are not clear. One of the goals of the work is to explore elements that promote resilience, including the degree of adherence to cultural spirituality, community engagement, and participation in traditional practices.

NIMH solicited research proposals to establish three research hubs with ongoing collaborative relationships with AI/AN communities. In addition to prevention research, the hubs’ activities include outreach and dissemination aimed at promoting community engagement in research and enabling communities to use science-based information to develop prevention programs.

The National Institute on Minority Health and Health Disparities (NIMHD) is also providing funding for this initiative. Findings from this research—built on strong partnerships among the communities, local tribal governments, and researchers—will inform ongoing efforts to sustainably reduce the burden of youth suicide in AI/AN communities.