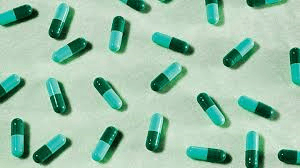 When non-medication options fail, it may prove to be an alternative treatment for this common, distressing symptom Feb. 19, 2014 (Toronto) – An antidepressant medication has shown potential in treating symptoms of agitation that occur with Alzheimer’s disease and in alleviating caregivers’ stress, according to a multi-site U.S.- Canada study. “Up to 90 per cent of people with dementia experience symptoms of agitation such as emotional distress, restlessness, aggression or irritability, which is upsetting for patients and places a huge burden on their caregivers,” said Dr. Bruce G. Pollock, Vice President of Research at the Centre for Addiction and Mental Health (CAMH), who directed research at the CAMH site. “These symptoms are a major reason why people go into long-term care prematurely.”

The antidepressant citalopram, sold under the brand names Celexa and Cipramil, significantly relieved agitation in a group of Alzheimer’s disease (AD) patients as reported in the February 19 issue of the Journal of the American Medical Association. “When agitation occurs, it’s paramount to try non-medication approaches first, such as looking for underlying physical discomfort in a patient, reducing external triggers such as noise or overstimulation, and encouraging light exercise,” said Dr. Pollock, Director of CAMH’s Campbell Family Mental Health Research Institute. When these approaches don’t work, antipsychotic medications are commonly used to treat agitation. “Antipsychotics are not an ideal therapy and significantly increase the risk of strokes, heart attacks and sudden death,” he said. Based on promising early findings from Europe, Dr. Pollock began conducting studies on citalopram, which suggested it might be a viable treatment alternative to antipsychotics. To provide stronger evidence, the Citalopram for Agitation in Alzheimer’s Disease Study (CitAD) was initiated with eight leading Alzheimer’s research centres across the United States and Canada, including the Geriatric Program at CAMH.

The study included 186 patients with Alzheimer’s disease who showed symptoms of agitation. Their average age was in the late 70s. None had experienced symptom relief with non-medication therapies, and some had failed treatment with antipsychotic drugs. The study measured both patients’ agitation levels as well as their caregivers’ stress levels, a factor strongly linked to Alzheimer’s patients’ well-being. Patients were then randomly assigned to receive either citalopram for nine weeks, up to a dose of 30 milligrams per day, or an identical-looking placebo. At the end of the study period, the tests were repeated. Patients on the drug had significant relief from their agitation symptoms. In one measure of agitation, about 40 percent of patients who took citalopram had “considerable relief” compared to 26 percent of patients who took the placebo. In addition, caregivers for these patients had significantly lower levels of stress.

### Other CAMH collaborators were Dr. Tarek Rajji, Chief of Geriatric Psychiatry and Physician-in-Chief Dr. Benoit Mulsant. The other academic centres involved with the study were the University of Rochester, Johns Hopkins University, Columbia University, University of Calgary, Roper St. Francis Health Care, University of Southern California, University of Pennsylvania and Stanford University. This research was supported by a grant from the U.S. National Institute on Aging and National Institute of Mental Health. For further information, please contact Kate Richards, CAMH Media Relations at (416) 595-6015. The Centre for Addiction and Mental Health (CAMH) is Canada’s largest mental health and addiction teaching hospital, and one of the world’s leading research centres in the field. CAMH combines clinical care, research, education, policy development and health promotion to help transform the lives of people affected by mental health and addiction issues CEUs For Nurses CAMH is fully affiliated with the University of Toronto, and is a Pan American Health Organization/World Health Organization Collaborating Centre.